The Simpson Protocol with Ines Simpson and Ted Robinson

Working Interactively in the Esdaile State and Beyond

Ines first hypnotized someone at the age of ten. Her brother, Johan, decided to get a book on hypnosis and he used her as his “subject.” Johan made Ines think that she was glued to the wall and convinced her she had purple polka dots on her hands. Ines was so intrigued by the possibilities that she and her best friend passed many fun afternoons learning and practicing hypnosis.

Ines has worked in many fields from the hospitality industry to commercial fishing on Canada’s west coast. In her 40’s, she started to reevaluate her life and to search for something that would fulfill her and give her life more meaning. Finally, in the late 90s her mother took a hypnotherapy course and a light bulb went on! She pursued a career in hypnosis and became a member of the National Guild of Hypnotists in 2000. By 2005, she was admitted as a faculty member by the National Guild and continues to this day to teach as well as study to add to her vast and growing knowledge of hypnosis.

Ines is now a board certified hypnotist with the National Guild of Hypnotists, the largest hypnosis body in the world. Ines is the very first certified instructor for the NGH in western Canada. She owns and operates Advanced Hypnosis and Training Institute in in Parksville, British Columbia. Advanced Hypnosis offers individual services as well as advanced training for hypnotists.

Ines is a great instructor because of her body of knowledge, great skill and ability to connect with people. She was also inducted in 2012 to the NGH’s Order of Braid in recognition of service to professional hypnotism. Each hypnotist inducted to the Order of Braid have enriched the lives of others and have made a significant contribution to the hypnosis profession.

Ines Simpson also created the Simpson Protocol, the only way known today to effectively communicate with hypnosis clients in the Esdaile State and beyond. For the first time, the hypnotist can converse with the client’s deepest mind to learn what the true issues are and to direct it to do what is needed to achieve the best results possible. The Esdaile State is also the launching pad into higher and deeper states of hypnosis. 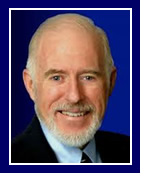 Ted Robinson is an expert Emotional Freedom Technique practitioner, Interfaith Minister, Reiki Master and a Certified Hypnotist. He is also a trial attorney and maintains a law practice specializing in criminal defense.

Ted has taught Emotional Freedom Technique for over 17 years and has written nationally published articles on EFT. He conducts an international weekly “Tapathon” teleconference and a weekly cable TV program on Long Island entitled “Learning to Live in the Present Moment.” He regularly lectures at the National Guild of Hypnotists and has lectured and taught EFT at venues from British Columbia, Canada to the United Nations in New York City.

Ted’s expertise in EFT and Hypnosis comes from his own experiences with many different healing techniques and a lifetime of personal intuition. Ted’s own quest to discover what is truly important in life has led him to share with others what he’s learned over the course of the last 25 years. He’s noted for being insightful, intuitive, passionate and compassionate with those he works with and teaches.